It Really is Important

Posted by biddefordchurchofchrist on March 25, 2016
Posted in: Bulletin Articles. 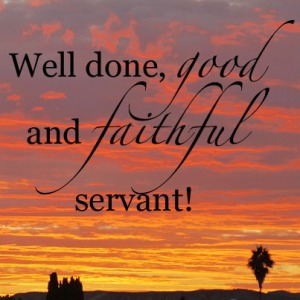 As we journey together through the study of Spiritual Giftedness, I thought it would be helpful to reveal some insight into its importance from Jesus’s perspective. We will do this by looking at a parable He shared with His disciples, found in Matthew 25:14-30, called, The Parable of the Talents. Let’s consider a few things.

And to one he gave five talents, to another two, and to another one,
to each according to his own ability; and immediately he went on a journey.

Who is who? Well, the man going on the journey, who provides talents to his servants, is Jesus. The journey is when Jesus ascends to heaven, after His resurrection, and the time span before His second coming. The servants in the parable represent all those who are in Christ Jesus. Notice that the talents were dispersed “to each according to his own ability.” (You may remember Paul’s word in Romans 12:6, “Having then gifts differing according to the grace that is given us…”) The talents, a measure of currency during this time, represent “certain talents and abilities, along with responsibility for the due exercise of them.” James Coffman writes, “The distribution was fair and equitable and was made upon the basis of the varying abilities of the recipient.” It is critical to note that each person was given only that which they could effectively use. In other words, God doesn’t ask more from us than what He believes that we can do.

After a long time the lord of those servants came and settled accounts with them.

The master comes back from his journey and he finds the following: the five talent man gained five more talents, while the two talent man gained two more. The master’s response to them both are words we should yearn to hear one day, “Well done, good and faithful servant; you were faithful over a few things, I will make you ruler over many things. Enter into the joy of your lord.” (Matthew 25:21) Faithful here means of persons who show themselves faithful in the transaction of business, the execution of commands, or the discharge of official duties. These two servants took what their master gave them and did their very best to use to benefit him, and this made their master happy.

You probably are wondering about the one talent man and the fact that I haven’t talked about him. Well, he chose to be irresponsible with his talent, even trying to blame his master for its lack of profit. The words of Jesus were harsh and to the point, “And cast the unprofitable servant into the outer darkness. There will be weeping and gnashing of teeth.” (Matthew 25:30) The importance of this journey is seen in the extremes: we can gain everything or loose it all. Help us Lord to be ready for when you call us home.